Have You Seen ALICE IN WONDERLAND? 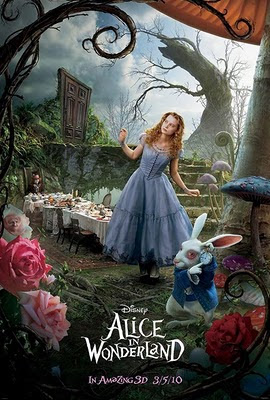 Tim Burton's doing an Alice movie staring a bunch of people everyone loves? Where do I sign up? This should be awesome!

This film starts off as a young woman's Bildungs Roman. In fact, Alice states whenever there's a chance that she is the master of her own destiny and will find her own way through the world. I've heard this reading of the Alice stories before, so great. Let's go. The movie takes us to magical places that look incredible in 3D, and sound incredible with voice talents that read like a roster of people you'd love to have a long dinner with and drink some brandy. If it stayed at that, a beautiful, though heavy-handed lesson about how young women should blaze their own paths, it would have been fine. But no. Someone got the idea that it had to end with an epic battle between a character that's not very scary and a "chosen one" and a bunch of stupid little twists that undermine every bit of ground won. Besides, haven't we seen enough effects movies about chosen ones in huge battles? 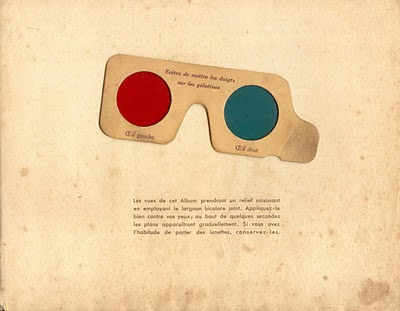 Alice ends up doing everything that was pre-written for her to do. She follows the path her father and the caterpillar lay out for her, she kills a dragon despite saying she could never harm a living thing because she's peer-pressured into it, then, "to top it all off, "after "standing up against society," she does a ridiculous little dance that was imbecilic enough when the Hatter does it, but is even worse when she does it because it portrays her as a foolish little girl rather than an actualized human being. 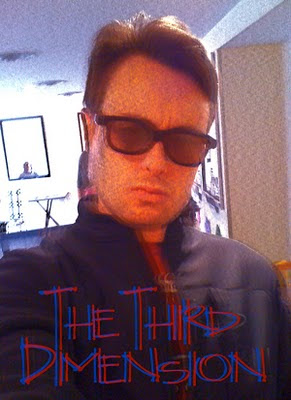 Totally disappointing. What also occurs in this movie is a realization that 3D only gets you so far. If you're going to make a shit-sloppy movie post Avatar, people will notice. This was obviously a pre Avatar production. Will Flash Gordon 3D and Clash of the Titans fall victim to the same seduction of 3D? This new 3D tech, relying on digital metrics and polarized plastics rather than the old red/blue thing, is one of the best things to happen to film in a long time. It might even get more people out to the shows for a while... until 3D TVs become cooler/more affordable. But that doesn't get studios off the hook for churning out garbage. Burton's Alice is basically what happens when you get a bunch of marketing professionals to read a bunch of Alice fan fiction.

Was there anything cool about the Alice movie other than some cool voices and effects? Yes. The Tron: Legacy Trailer. I really hope that Disney doesn't blow it. They've had 28 years to think about this one, but let's not expect too much. That said, I haven't been this excited about a sequel since Star Wars: Episode 1, and we all know how that turned out. Am I naive to think that it's possible that it'll be great?
Posted by Sky Jack Morgan at 12:52 PM