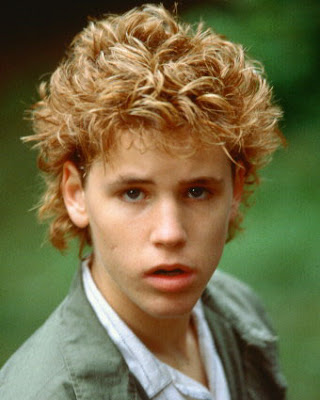 I thought he was the coolest kid in the world when I was growing up in the 80s. I wanted hair like his. Back then, it was possible to idolize the Beastie Boys, RunDMC, Kiefer Southerland, Axl Rose, and Corey Haim all at the same time. I wanted to be them all. The 80's were pretty awesome for a kid.

It's hard not to go into a rant about prescription drugs. We live in a country where the drug dealers with the most money are permitted to run ads on television, the radio, and all other mass media outlets; and the poor people who sell drugs are put away in buildings bought by everyone I just mentioned. And Corey died of an accidental overdose after struggling with an addiction to prescription drugs for many years. How many more people have to die before our relationship with "drug companies" change in America?

In other countries, you don't see ads for drugs anywhere, and due to the incredible power of collective bargaining as a nation, prescriptions cost a fraction of what they cost here. I can only buy my asthma medication half as often as I'm directed to. Even with insurance, it's four times what it cost me in Germany. Where does that money go? Well, TV and magazine ads aren't cheap.