Tea Time with Sky Jack is Now on Stitcher


Here's where I ruin that John Sebastian song everyone likes.

I think this song is usually sung much more upbeat than the words tell it to be. John Sebastian performed it on a lark at Woodstock, which I think is so cool. He just happened to be backstage and they needed an acoustic act, so he grabbed a guitar, took the scaffold, and happened to have Darling Be Home Soon in his head from his days with Lovin' Spoonful (they'd recently broken up).

He tells the whole story in this awesome book I love.

I enjoy the idea that all a person wants is to talk with his lover while she's away. I'm kind of going through this with someone right now. All I can really imagine is lying in bed and discussing and hatching adventures we can go on together.

I hope my interpretation conveys that feeling a little more than the original.

Posted by Unknown at 9:00 PM No comments:


Here's where I ruin that Billy-Ray Cyrus song everyone liked. I always thought it would be better as a sad song because the lyrics are really a downer. It reads like what you would write if you were making fun of an old-fashioned country break-up song.

I especially like all the poetic turns the song makes around body parts in general and fingers/lips in particular.

That's pretty golden because it rhymes both halves of the song in a way that links them thematically and gives your brain a little flash of slanted recollection. It's a neat little song, and even though it does not stand up to the test of time, I can see why it was such a huge success.

Posted by Unknown at 4:32 AM No comments:


The Peanuts are a part of the American experience. It has helped shaped almost everyone born in the last century, and maybe it will continue to, but who knows? When my friend who is really into Snoopy told me she wished she could go with me to Japan so she could go to the Snoopy Museum, I felt I had to go out of obligation. I doubted whether I would enjoy it since I didn't consider myself a huge fan who needed to make the trek to another museum about another comic, but I remember how much I loved seeing the Tin Tin museum in Europe years ago, and figured I'd give it a go. I'm glad I did.

The Snoopy Museum is one of the most heart-string-pullingest exhibits I've ever seen. It's called Love is Wonderful, and it dives deep into the relationships between the characters of Charles Shulz's famous comic strip. It becomes aparent that it could also have been called Love is a Toturous Beast Forcing You to Die Alone. But it saves you from that with cute imagery and real hand-drawn comics and an incredible layout. There's a part when you turn a corner and realize there are cuts in the walls that frame a picture of Shulz and his sweetheart, an image you walk past in the beginning, so you're looking back on a love story in someone else's life much like you do in your own, and contemplate how his experiences colored his iconic work.

It gave me goosebumps. 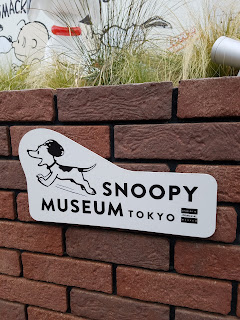 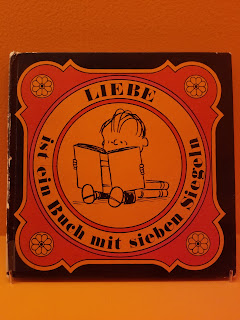 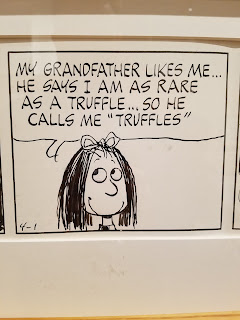 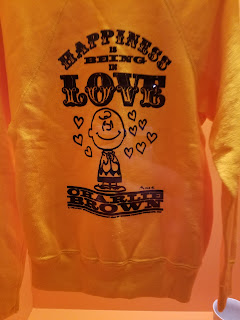 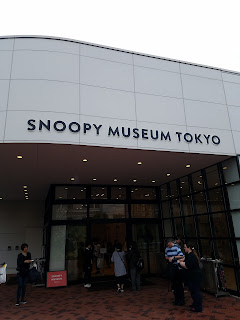 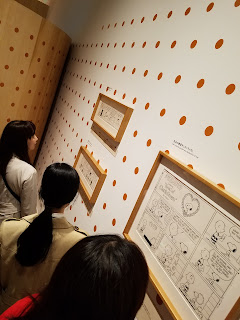 Posted by Unknown at 2:00 AM No comments:

Thanks to everyone who listens to my podcast. Every time it plays, I love you.
Posted by Unknown at 10:11 AM 1 comment:


In the 80's John Waite belted out this bad boy for one of the greatest songs of his era. It was his biggest hit, and he's still singing it. He even did a country version with Alison Krauss. Tina Turner did a version of it in the 90's that I always thought was kind of an Ike burn song. It's been covered a million times. Brooks and Dunne, Rod Stewart, and tons of others have done it. I hate pretty much all the covers, including even the Alison Krauss duet. It always sounds overly earnest or over-produced or just too loud.

I think it tracks better as a stripped down sad and quiet song. You could argue that a belting lament is always welcome on a record, but I'd say the song's too good for that.

I love how old-fashioned it is. It mentions long-distance lines, which is so funny because there's no such thing anymore. It reminds me of how hard (and expensive) it was to have a long-distance relationship back in the day when you could barely hear someone through the static of a long-distance phone call. You might as well send a telegraph to be clear. So he sends his lover's soul a telegraph! That's really funny and sappy and such a true feeling for a little pop song.

I love how he admits to lying to himself and how he confesses to his hyperbolic desperation. The confessional parts of the song are simply great because they're intimate and relate-able.

Anyway, here's my sad version of it. I'm noticing myself looking down a lot in these videos. I'm looking at the microphone. It looks like I'm reading or something, but the whole point of me doing these is to really live in the songs, so I memorize the lyrics and change them a little when I sing. I do actually care for you to know that I'm not reading these lines.
Posted by Unknown at 11:00 AM No comments:


I've uploaded the latest installment of Tea Time with Sky Jack, the Bropisode. It's about bros, #MeToo, opium, tea, and how political movements succeed. There's also some talk about what I'm liking right now, like this book:

Posted by Unknown at 4:03 AM No comments: 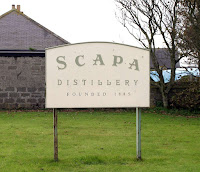 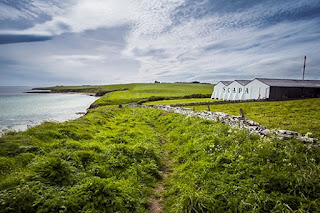 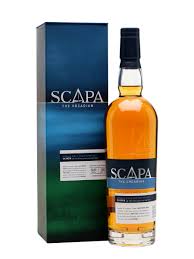 Posted by Unknown at 5:32 PM No comments:

MY NEW PODCAST IS UP
The Love Episode explores entropy, inertia, shutting down suitors, standing up dates, and repeat victimization.
Also available on iTunes, Google Music, Stitcher, and Spotify.
Posted by Unknown at 1:45 PM No comments: