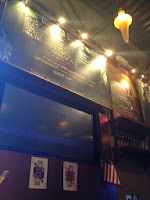 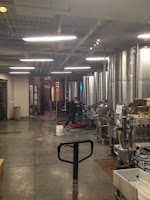 I went to Tenaya Creek. It's the second oldest brewery in Las Vegas (15 years). They've won a couple medals at GABF, and it's clear why: their beer is pretty delicious. Their taproom had video poker at every stool, and everyone, patrons and service, was really friendly. I ended up getting in conversations with a few people and even a famous doctor who was in town on holiday. 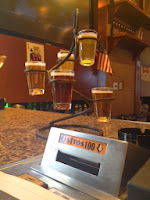 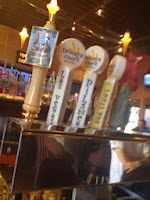 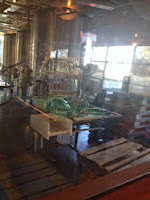 Video poker installed at almost every seat, and they have pinball too. I put 50 cents in their Lord of the Rings machine and played for 40 minutes. I dug their wrought iron flight-holding thing that looked like a sculpture.

They've got a few flagships including a fantastic Brown (not too sweet, a little nutty) and a Pale Ale you could write home about if you wanted to make your mom happy--she doesn't hear from you enough! But they also had a bunch of seasonals that were really quite impressive in that there were five of them and they were all kind of epic. The seasonal that stood out for me was the DIPA and their Barley Wine. 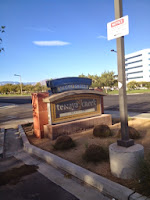 Someone ordered a Cosmo, and I asked the bartender if they got much call for that sort of thing. She said a lot of people come for the atmosphere even if they aren't beer people, and I can see why: it's a really chill place with friendly locals. Who wouldn't like that?
Posted by Sky Jack Morgan at 5:19 PM