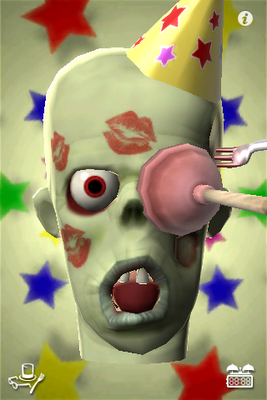 If you've ever wondered what it would be like to have a zombie's head in a jar, you can get the iPhone application that simulates such an incredible thing for super cheap. Actually, Zombie Nombie is even better than a zombie head in a jar. You can play with him, dress him up, and tease and torture him. 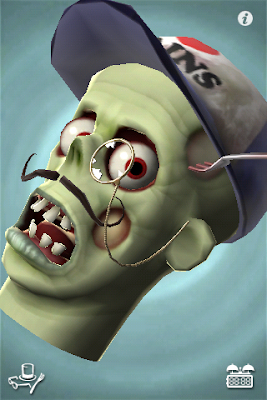 Never before has anyone been able to get so close to a zombie head without becoming infected. You can even attach a timer to his forehead so as not to burn your noodles. It's the greatest kitchen timer ever. 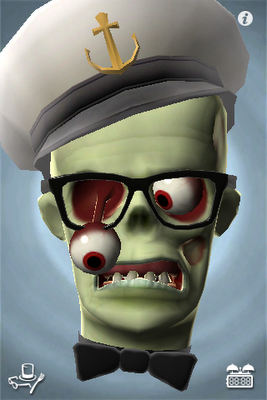 The more you play with Zombie Nombie, the more crap you can stick on him. Hipster glasses, eye patches, mustaches, false noses, flowers, an assortment of hats, and other accessories are available. One of the hats says "I heart Brains" and one of the mustaches makes Zombie Nombie look strikingly like John Waters. 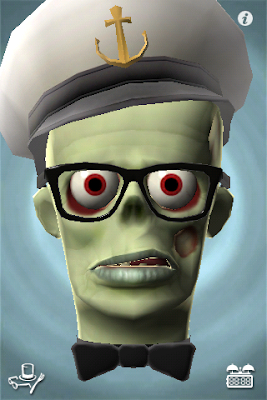 50's-style horror music plays in the background, and if you shake your iPhone, the background image changes. The only thing he says is "BRAINS" in ways that range from expectant to angry. He kind of groans too. And sometimes he snarls before he forgets why he's mad. 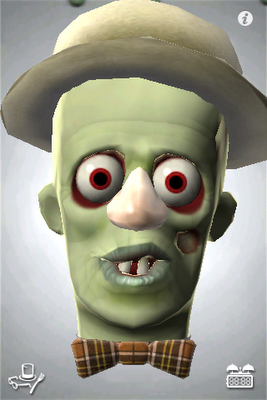 It's embarrassing how much I like to play spin the zombie. I wonder if Bruce Campbell has the high score.
Posted by Sky Jack Morgan at 6:13 AM