KING OF THE ZOMBIES 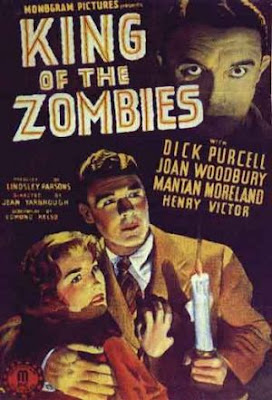 Imagine a world where a Nazi was luring American admirals to a little island where he would use transmogrification, zombification, and plain old Nazi nastiness to learn American super secrets during the big one.

Of course, he also has a hot niece and a hot wife.

And there's also plenty of Irish and black racist jokes to go around.

You would be watching KING OF THE ZOMBIES. 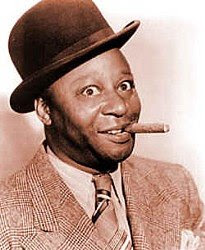 Somehow the naivete of the movie made the racism in the thing a bit eye-rolling "they didn't know any better back then." Of course, they knew better, but KING OF THE ZOMBIE is certainly a product of its times. At times it's hokey, and at others it's as spooky as Skooby-Doo.
Posted by Sky Jack Morgan at 7:15 PM

The comedy in this one is very oddly entertaining. Every person interested in post-colonialism should watch KING OF THE ZOMBIES.

Some things that aren't supposed to be funny got laughs from me. When Jeff, the af-am servant asks if he can share his boss's room because he's scared to sleep in the basement, the boss and protagonist simply says "no." For some reason that made me laugh. It's like, the one person who knows what's going on asks the one person who can help him for a small favor, and the likable good guy just says no.

No explanation, no dumb cop who doesn't know anything. Just a boss who knows he's the boss and doesn't need to give explanations. There's something tragically humorous in that if you ignore the race thing for just one second.