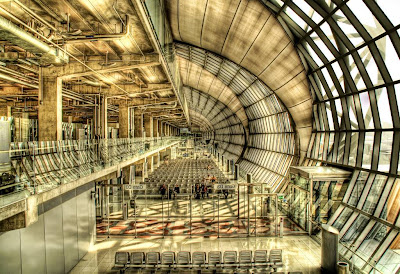 So, a lot of you don't know this, but I am very much very into translation. It is extremely interesting to me. I have been studying translation theory for some time now, and I like it. German is the language I translate most. My German honors thesis is translation of Brecht using visual illustration techniques. It's pretty great.

Last night I went to a reading of other people who like to translate. They were all in a Robert Hass translation workshop, and it was a pretty good reading. It was a little longer than I had bargained for, but that happens sometimes.

Cameron Jackson read from his French translations of Baudelaire, which were quite good. A young woman who wore a tail read Russian translations, which were fantastic. I don't know everyone's name. Sorry. But there was a guy there, whose name I really wish I had written down, who translated poems into songs, and they were pantagruelianly good.
Posted by Sky Jack Morgan at 9:49 AM

Email ThisBlogThis!Share to TwitterShare to FacebookShare to Pinterest
Labels: translation

when you type 'pantagruelianly' into google, your site is the only site that comes up. i like that.

That is so cool! I totally google-whacked myself!

It would be so cool if a bunch of people googled pantagruelianly Jack. People at Google would be like, wtf?