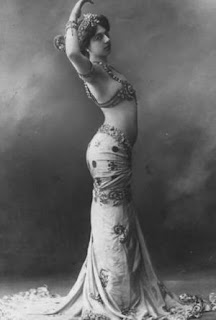 For a little while now, exoticism has bothered me. The practice of it does not bother me so much as the label itself. Some poets and artists I know are wary of the appellation and try to avoid any reference to cultures not their own, like an unleashed pit bull. This disturbs me on many levels.

Exoticism, by definition, is "the charm of the unfamiliar." Scholar Alden Jones defines exoticism in art and literature as the representation of one culture for consumption by another. An archetypical example is the artist and writer Paul Gauguin and his representations of Tahitian people and landscapes for a French audience.

This doesn't sound bad at all. Foreign lands have always been the topic of great works of art. Even Beowulf deals with the mysteries and charms of travel. We all want to see things yet unseen. Rumi writes about venturing into the void. Hamlet is enamored with the undiscovered country. We want something from these places. What artist has not reached into the darkness to extract something for their audiences? Isn't it precisely that which we love about artists? They go places we haven't; they have things we don't.

If Mata Hari were just another European dancer, she might have escaped the firing squad. Inspiration from afar became the very thing that people feared in her. She had unearthly powers to seduce men of rank, the charm of the foreign, supposedly. She defined exotic dancing, something considered taboo even now in the west. Her execution is tragic. It is the only good reason I can think of to fear Exoticism. When you're different, stupid people tend to fear and hate you.

But as an artist, you already run the risk; the hounds may turn on you at any moment.

Language itself is foreign. This external thing we use to describe and define our internal machinations is a star we can only study at a distance. Every story is forbidden, every word is an ember, every sentence a prominence. The star-dogged moon is a disastrous omen, but it is beautiful, and everyone loves stars.

Language is the closest star. When we make art from language, we are skirting the scorching periphery .

I can't tell you who the poets and writers are who are afraid of exoticism. They asked me not to mention their names. But they're fairly famous and very smart. I think they are afraid of becoming Victorians who appropriate, quantify, and quaintify culture. They seem to think that exoticism is akin to racism. But celebrating the beauty and charm of the foreign is not sinister. And i don't think anyone will ever mistake them for Victorians.

Perhaps exoticism is one of those words that gets barked and howled into the night sky so often that it loses its meaning. But if you are going to be afraid of the night or the sounds therein, stay indoors.

I'd rather my work be exotic than domestic.
Posted by Sky Jack Morgan at 4:49 AM

You should write about what you know, you exotic foreign flower you.