I Think I can beat Mike Tyson


I've figured out what my problem is: I think I can bet Mike Tyson. I was running today and I was thinking about how I keep getting in the ring with Goliaths. It takes a certain type of individual to keep wanting to do that when everyone else is constantly making fun of you or saying you can't do it. Every time you try to do something awesome there is going to be someone there to tell you you can't do it or that you just suck. What are they doing? The over-whelming majority of people out there aren't having dreams, and ones that are are mostly sitting idle. They don't even try.

Maybe the Fresh Prince realizes that it was crazy to try to beat Mike Tyson, and all the people who told him he was a fool were right, but he still got in the ring. In Will Smith's real life, he kept getting in the ring even when people told him he was shit. Now he's rich and his acting has gotten a lot better, and he's kind of an icon for a lot of people. He's got a bunch of Grammy's and other statuettes if those things matter to you. 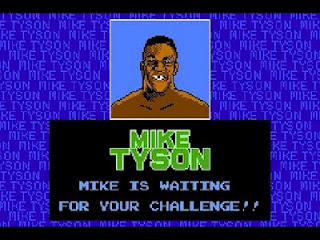 But, just FYI, I have beaten Mike Tyson. It took a long time. I probably beat King Hippo a billion times before even got a punch in on Mike, but video games teach you that if you keep trying, you can find his weakness. 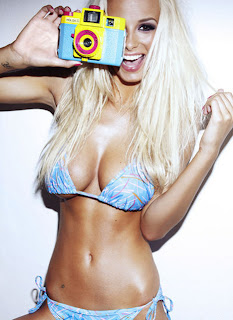 For some reason when I was looking for pics of Mike Tyson's anti-drug campaign, this shot of Rhian Sugden kept coming up. She's having fun with a HOLGA. I have an old original HOLGA. It's all black and has no flash. I used to take a lot of pictures with it, but now I don't because there isn't a professional film-processing place around here, and the internet is kind of expensive for me right now. When I have some money, I'd like to start messing around with photography again. In the meantime, if you want to see topless pictures of Sugden, this also came up in my search.

I never found images about the Mike Tyson "TKO Drugs" campaign, but if you watch the video it's there. It also says "Remember to vote" which cracked me up for some reason.