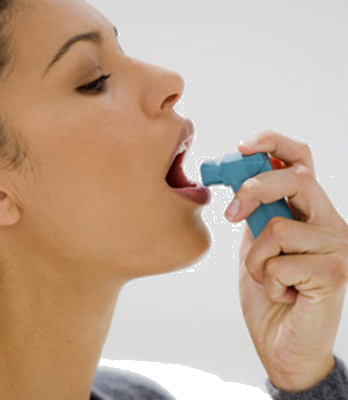 Now that I'm finished with Murdercycle Diaries, I'm finishing work on Harvest 1.2 and also starting work on a book called Kicking Your Asthma. They're both coming along pretty well.
The Kicking Your Asthma book is the first time in a long time that I've written nonfiction. It's a memoir about my own experiences with asthma and how I finally beat (more or less) the horrible disease. I hope that people at least find it helpful and at most it might save a life or two. Thousands of people die from asthma in this country. That's just not acceptable.
Harvest 1.2 is really revving my motor. It's sexier than the first quarter and it's a bit scarier I think. Much of it happens in Victorian England during the Great Exhibition, a time and place I have thought about for a long time. I even named a tea at my restaurant Victorian Fog inspired by the Great Exhibition. It's my favorite blend that I've come up with because it starts a little sweet, has an earthy journey, and ends very smoky. That kind of mixing is awesome. One of the reasons I love tea so much. The vampires in my book can't drink tea. Too bad for them.
The Murdercycle Diaries is a book of poetry, short stories, and comics revolving around a murderous pair of cupcake-eating motorcycle enthusiasts. It started out as a joke with Tao Lin ages ago, and now it's grown into something big enough to fill a book. Even though it's about murder ostensibly, I think it's not as angry as my last book, The Haunting of Ninjatown. I don't even want to compare them because they are really quite different projects. I hope you like them. I'm starting to ask people for blurbs on Murdercycle. So if you're a poet, know this: I will probably contacting you soon. You can always volunteer too.
)()()()()()()()()()()()(
I saw Total Recall, which could have been incredible but was actually surprisingly boring.
I saw The Bourne Legacy, which was a little better than the last two in the series/franchise. And it was kind of ingenious how they layered the story of Bourne and Treadstone with the new storyline. And Jeremy Renner is from Modesto, CA: kind of cool. He's a pretty good action hero because he's not too much of a pretty-boy and he's got a hard edge, kind of like Daniel Craig in the new Bond films. I liked the action sequences in this one a lot more than the old ones, and even though it was still rather sexless and humorless, there was a bit because Weisz and Renner are trying so damned hard and it shows.
What is it with action movies these days? They used to be fun. They used to make you laugh and if you were 13 watching your first rated R movie, they might even give you a boner (oh no!). I would trade a big explosion for a little grown-up time with the characters any day. It makes them relatable and realer. It makes them vulnerable and grounded. Plus, let's not forget why people have been going to theaters since the Greeks: beautiful people. It's supposed to be escapist fantasy. Whatever happened to that?
Posted by Sky Jack Morgan at 2:40 PM

This blog is seem to very nice keep sharing information about Brethine/
beclovent.

Thanks for sharing..Interesting subject and well written.I really enjoy reading the post,
keep up the nice work on the site. thanks a lot of sharing this article..