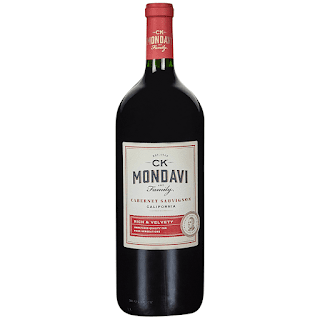 The first time I heard the term Sommelier, was at a place called Club 33, a hidden club at Disneyland. His name was Pierre and he suffered me as a buser who asked too many questions. I learned more about drinks there than I would anywhere else.

I'd find out how to make drinks at the bar from a magical bartender named Lee, and I'd make them for my friends at home. But Pierre was more about wine and Cognac of course. He'd let us try a little bit each day to train us on what we were serving. And at the end of the night, if guests had left bottles not quite empty, we'd help ourselves to their leftovers. It was a great way to learn about wine.

Pierre was from some famous steakhouse in Texas, but he didn't have a Texas accent. He had a very posh American accent; he never said "y'all," but sometimes "you all." And I liked him a lot because he seemed to know everything I didn't but wasn't a manager and didn't lord it over me. My managers there were nice enough, but it was only the second time I'd worked in a real restaurant, and since we were all pretty young, they had a lot to do with training us; they had to be really hands-on.

So one day, I went to the supermarket and saw a bottle of Mondavi,and I bought it because I thought wow, this is the house wine at Club 33. This is really good stuff and it's on sale. I brought it home and shared it with my roommates and went on and on about how good this wine was and regaled them with all the things I knew.

They were sufficiently impressed.

I went into work the next day proud of my accomplishment and told Pierre. He looked at me sideways and asked which Mondavi I'd bought, and when I told him, he burst out laughing in my face.

Apparently CK Mondavi was the cheapest, bottom-of-the-line wine I could have bought. I didn't know anything about how much a bottle should cost or anything.

It took a while for the burn of that embarrassment to cool down--YEARS! I had to leave America a year later, travel the world, and come back to America, before I thought it was safe to drink ANYTHING from Mondavi again. But when there were hard times and I was broke as hell, I drank CK and let it remind me of a simpler, less weltschmerzy time. 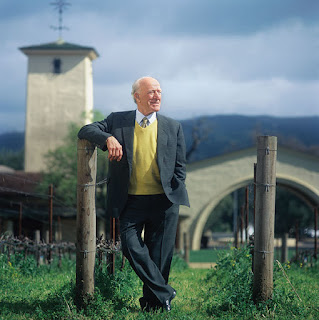 CK Mondavi is available in a 1.5 L bottle for around $10.00, and it tastes as good as it did before I knew any better.

At the time this story took place, CK (Charles Krug) was owned by Peter Mondavi, who studied oenology at Berkeley. The vineyard was known mostly for mid-range affordable wine, and still is. Up the street about six miles, Robert Mondavi, Peter's brash brother who'd been forced out of the family business due to sibling rivalry, was busy making premium wine and using his family name and penchant for marketing (he and his brother both studied econ and business at Stanford)  to build an empire. In 1997, the brothers weren't talking except in court.

If you didn't know who Robert Mondavi was, he's the guy who really put Napa Valley on the map. He's also the reason why Americans (and now consequently most of the world) refer to wines by their varietal rather than their region names. For example a Beaujolais is a type of wine that refers to a very specific region. You'd have to know what grapes grow in that region to really know what grapes are in your Beaujolais-Villages (mostly Gamay).

Mondavi hated that because he wanted to grow whatever he wanted in Napa. He wanted the consumer to know what a Napa Cab tasted like versus a Cab from anywhere else, but he also wanted to grow Chard and even Sauvignon (Fume) Blanc blah blah blah. This isn't as controversial today as it once was. And many places were too far in to back up and do it like the Americans. Most people don't know what's in a glass of Champagne, for example. And most mortals don't have the faculties to remember every Italian grape varietal.

Anyway, he changed the global landscape and language of wine. And you can buy entry to that rich history for little more than the change in your pocket, and if you want to fly first class, Mondavi's got you covered there too with much pricier options.

Last bit of Mondavi history I think is kind of important to mention:

A lot of people think of Robert Mondavi as a symbol of everything that's wrong with globalization, and they might be right. But I think it's much more interesting than just this current generation. Cesare Mondavi, the family patriarch, was an Italian immigrant who ran a fruit packing business that shipped grapes to the east coast during prohibition for illegal wine-making.

I don't think it's a stretch to say he was a mafioso bootlegger. Cesare was just really, really smart. He didn't run booze; he ran grapes. He put warnings on the grapes that essentially told people how not to make wine so that people could reverse the instructions and make wine at home. He dealt a lot with a company called Beringer in St Helena, CA, shipping "raisin cakes" and sacrament wine. Later he'd buy a vineyard named Charles Krug basically next door to Beringer, and plant the seed of global wine domination.

If they had been Irish instead of Italian, they'd probably have followed fellow-bootlegger Joe Kennedy into politics.

These powerful dynasties are not exclusively American, but the prohibition of alcohol certainly helped. I wonder what families we'll be talking about in 50 years who made their fortunes in the illegal drug trade.
Posted by Sky Jack Morgan at 12:20 PM