Have You Seen Birdman? 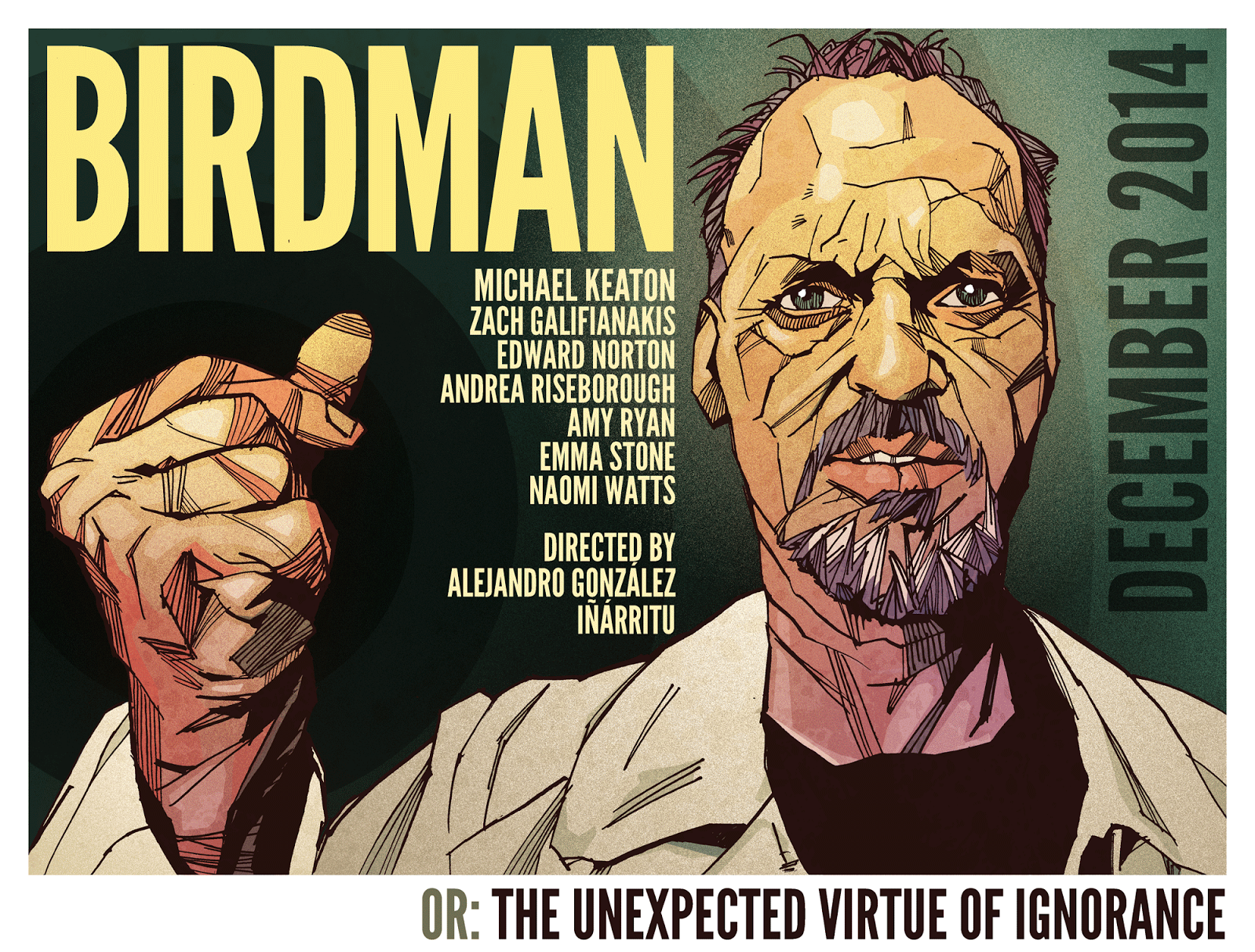 Don't know who Roland Barthes is? Don't know what a Chekhov play is? Ever hear of a tracking shot? Can't recognize a Shakespeare quote when you hear it screamed in a New York street? Well, fuck you; that's what Birdman says.

Also, fuck you if you like super hero movies or anything close to the mindless joys of summer.

Despite all that, Birdman is a sweet movie about an aging man who still dreams big and wants the women he loves to be proud of him while he regrets his transgressions against them. The characters feel real with their flaws and motivations, acted wonderfully by a great supporting cast.

It's like an English department got together and wrote an exquisite corpse of a film that turned out beautiful but can't help but howl against the mainstream... needlessly.

I loved this movie and will watch it again. But I do think the film's rallying cry against the industry that created it, posing theater against movies and high-brow against low-brow is a little loud and almost drowns out the soul of this great piece which should be a classic and just might be.

If you don't know who Roland Barthes is, by the way, good for you. French philosophy is great and all, but what good is it for you? Never heard of a Chekhov? That's cool. He's just a Russian guy who wrote a bit. Shakespeare? Shmakespeare. What's the point of knowing anything about Shakespeare?
The fantastic illustration is by Ryan Gajda. Check him out.
Posted by Sky Jack Morgan at 10:51 AM