Jack Morgan Spins Out: the Interview 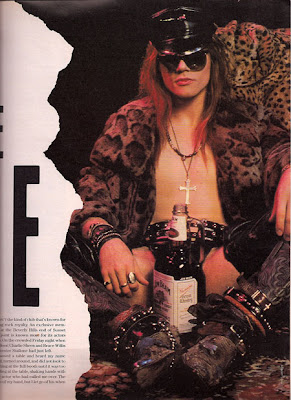 It might be bad form, but I have already gotten about 15 emails and chats asking me how my interview at Spin went, so I will write what I can about it without giving away too much.

Spin Magazine is looking for me. They might not know it yet, but that's who they are looking for.

They need someone who hangs out with writers, artists, and musicians all over the world.
That's Me!

They need someone who speaks a bunch of languages.
C'est moi! Das bin ich! ¡Lo soy! Boku wa so desu!

The meeting went well, but sometimes it's hard for me to articulate what it is that I do. I will try to do so now.
I want to create online communities of writers and artists through the universal research tool. I know so many amazing people, some of them über famous and others who are unknowns, and I want them all to know each other because it's hard to meet people who are cool sometimes. I've wasted a great deal of time trying to find out who's worth my time and who isn't that I don't want others to have to go through that. I will go through it for them. Then the "community" works like a cross-marketing model where everyone helps everyone rise together. Companies looking for a pool of talent or looking to attract a large group of people who are passionate about a particular thing could come to any one of us eventually, and the true nature of viral memes would take over the rest. It's kind of like, if you hang out with cool people online or in person, you end up finding out about cool things. This doesn't exist at a central hub, contrary to popular belief, but at many places at once.

Having worked in advertising and having met so many different people in different professions, I think that I could target any market that happens to have an internet presence (sorry Amish folk). So let's say a law services company wants people to know about them. I know enough lawyers through the arts, that I'm already off to a great start. All my friends know lawyers, and all my friends' friends do, too. This is getting too long now. Basically, if you have a product, I could make you famous with the right peeps on the web. Maybe Spin got that from me, but maybe not. Maybe they will just hire the pretty woman they interviewed right after me. Who knows?

After the interview, I ate lunch in the Mission and hung out with artist, writer, and musician friends in Dolores Park until I felt guilty for not working and left. When I got back to HQ, I called up a friend in Germany and asked her to give me some skinny on what's changed in the German music scene since I was in it. I used to publish a D&B and Ragga zine in Hannover called "Down Magazine." I always snuck (sic) poetry in fer lulz. I miss those days now and then.

Anyway, we'll see how it goes. I've got other fish in the kettle, so worry not, dear friends. This gig would be one sweet fish, though, weisst du?

Email ThisBlogThis!Share to TwitterShare to FacebookShare to Pinterest
Labels: Jack Morgan, music, POETS DO IT BETTER.