I have seen some crappy movies lately. 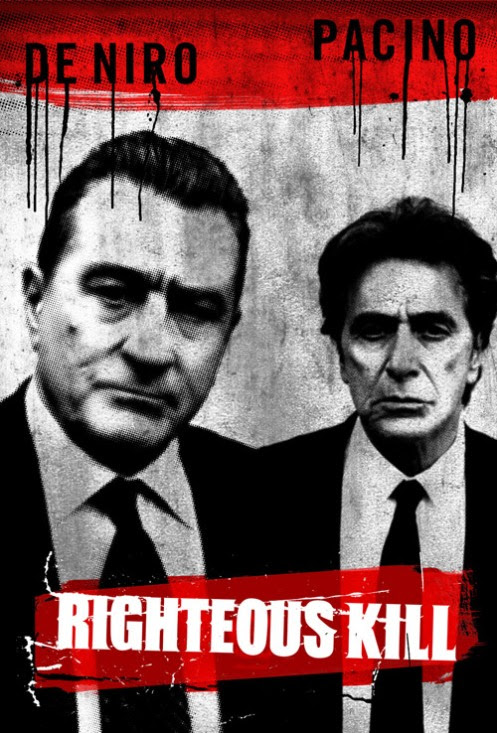 One of the crappiest was the latest Pacino/DeNiro vehicle., Righteous Kill
Who knew these guys could make the most boring serial killer movie ever? These guys just love the camera too much. The tired script lags every place it can, and where it should be charged, you get long boring monologues about nothing. I think they need a director with balls enough to tell them what's what. A good director gives direction, and a good actor takes it. I think a lot of directors are afraid to tell these gents what they need because Pacino/DeNiro "know what they're doing." Seriously, this movie should have been great. 1 simple cop story + 2 super stars ≠ great movie I guess, but it should!

Death Race was pretty crappy. It's about an innocent man in jail, which is tired and lame. There are many needless homo jokes, like it's a Disney movie or something. There are also a couple stupid stabs at Asians for some reason, like the last Die Hard movie. I guess focus groups say Asians and gays are OK to make fun of in action movies. I wish movies about cars and explosions could just be about cars and explosions. The extra stuff you should get is nude women and lots of F-bombs––no racist homophobic shit that isn't funny. When do we get to go back to making guy movies? Straight men between 16 and 60 is a pretty huge demographic. What they want is another Robocop or maybe something by Segal before he got lame. How the hell are you going to make a car/explosion movie boring? Ugh.

Tarantino.info: There’s a character credited as “oil wrestling mud devil”, can you here and now promise that it will be as great as it sounds?
Larry Bishop: I swear on Michael Madsen’s life.

The crappiest movies of 2008 are probably X-Files and Mummy 3. They're so bad I don't want to even talk about them. They even made the Parkway Speakeasy look bad. The Parkway is the best movie theater in the world.
Posted by Sky Jack Morgan at 2:40 PM