At a Party with Famous Shakespeareans and a Dog Named MacDuff 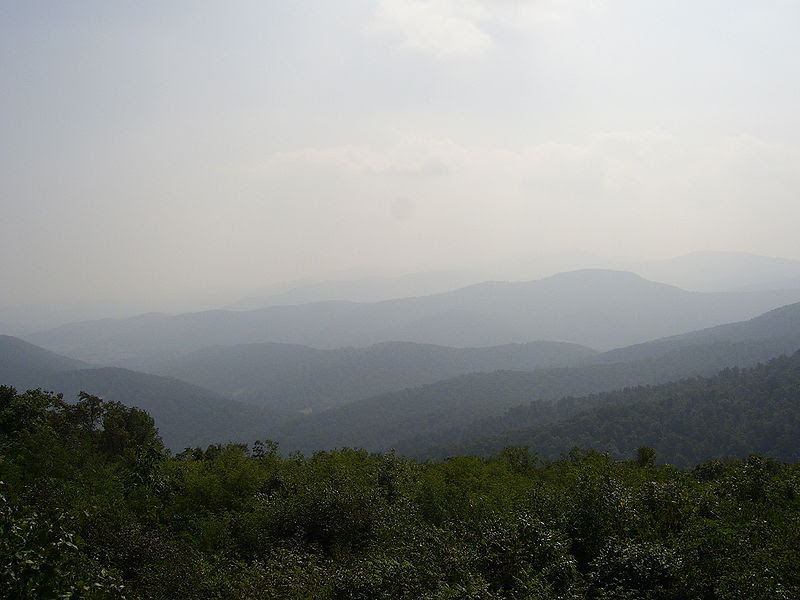 I have very intense feelings when confronted with nature. I am immediately impressed by everything I don’t know.

At the party’s beginning, the only person who was interested in me was MacDuff, the dog, who likes to lick toes of scholars. The house was capacious and pretty and filled with academics, famous Shakespeareans, and people who I didn’t know; not knowing anyone was a crushing blow to my wit. How am I ever supposed to leave the bay if I get lost where no one knows who Jack Morgan is? Every place that is not SF BAY or NYC is a vast wilderness in my mind because they don’t know who I am.

The view of the Blue Ridge was breath-taking. The Abraham Lincoln Robot at Disneyland’s “Great Moments with Mr. Lincoln,” said no foreign power would by force make a trek along the Blue Ridge. That never made sense to me until now. Something as breath-taking as the Blue Ridge might be worth fighting over, like Scotland. The cicadas thought so and screamed.
I became the weirdo at the party who couldn’t fit in with the larger portion of guests. The poetry scene is very different from the academic one, and I’m not used to it I guess. I don’t know all their acronyms. I don’t know how to be funny with them. And I was busy having intense feelings on the other side of the deck, looking out over an endless prairie, eternity stretching before me, letting it occur to me how far the Pacific lay and how juggernaut earth would soon clipse her father the sun.

I felt like an ass hole for not taking advantage of the company of geniuses filling the house. The only people I talked to were Ralph Cohen, Alan Armstrong, and Stephen Booth, all famous Shakespeare people, all people I respect and admire. After most people left, I would meet two vegans and a fascinating Sarah. The party would end well with hugs and kisses and new friends.
But first I saw fireflies and wondered if I had ever seen fireflies before or if I had only seen the fake ones at Disneyland. Mars burned like one who had flown too high. Grain silos spotted the landscape. Somewhere a cow looked up and howled at the moon surrounded by glittering lightning bugs while real lightning struck silently in the impossible distance. MacDuff returned and looked at them with me. Magic is reserved for the speechless.
Posted by Unknown at 7:39 AM

p.s. is this the stark to whom you ref'd in the other post?

if so, he's my myspace blog friend!