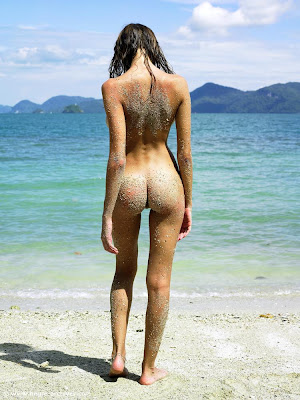 Have you ever stepped on a nail? I have.
I have stepped on so many fucking nails, I cannot remember how many I have stepped on.
It's not that I haven't been careful, but my life has led me in the direction of many secret places with nails in them.
I am including screws and brads and carpet tacks and tapestry needles when I say "nails," which I know isn't fair, but that's the way it goes sometimes for inanimate objects made of sharpened metal.
When I worked at Disneyland, I stepped on a screw once that was attached to a piece of wood. I had to unscrew the wood like a big propeller from my foot while my shoe filled with blood.
I walked through a hallway filled with wood chips and got to the other side with a massive needle sticking out out of my foot's arch.
I once stepped on a nail without shoes on and the thing went so far into my foot that the point peeked out on the top.
That one really hurt.
Yesterday, I stepped on a carpet tack. It didn't go in very far, but it made a very long laceration lengthwise on the ball of my left foot. The tack was invisible where the carpet met the linoleum hall.
The thing that hurts most about getting sharp things in your foot, although the original puncture makes a better story to make your friends cringe, is the healing.

Yesterday I saw "A Winter's Tale" in Marin. They have a vegan option for their dinner package(!) and the production wasn't bad.

Every bar on College Avenue was filled with people, and I think that's because the university people are coming back to Berkeley and Oakland. Highly annoying.

I am walking with a limp now, and I have to go to Virginia tonight. I guess I will rent a car when I'm there. I didn't want to, but that's the way it goes sometimes.

I hope you have had a tetanus shot recently.