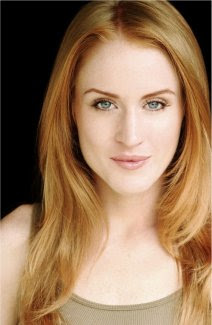 My friends at Venom Literati had a week in which they all blogged about their various celebrity crushes, which was a great week because I hardly knew who any of their celebrity crushes were.

I don't usually like celebrities. And I don't know if she is one, but I have a crush on Jessica Williamson. OK, she's beautiful and everything, but so is everyone. She's intelligent, cares about the environment and animals, very articulate, not American, and gainfully employed by a company I don't think is evil in a position that isn't demeaning. She probably doesn't read poetry, which is a plus, won't think I'm lame for liking things like OTS Star Trek movies or blogging, and would probably love to go see a Shakespeare play. She probably has an S.O., and she probably, like other New Zealanders, hits people in faces with phones and hates the bay area, but she seems like a person who would be fun to drink organic Guatemalan coffee with at Cole.
Posted by Sky Jack Morgan at 10:41 PM

Who is this Jessica Williamson? Usually I'm good at business-related celebrities.

Also, I like that you have created a relationship with her.

Ah. I had to watch the YouTube thingie. I'm so impatient.

Isn't the point of a crush, that you want a relationship with someone? That's what I thought it meant. I am going to look it up now.

So it's something like infatuation, "inspired with an intense passion or admiration for."

Truth is, I always thought it meant that you want to meet the person with the possibility of having a relationship.