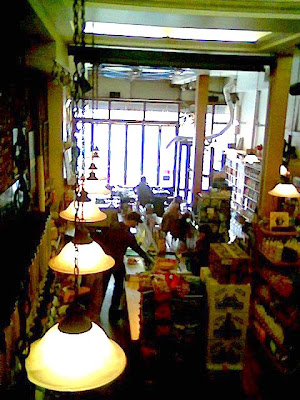 Then I went back to Brooklyn where I saw a horrible production of Macbeth with Captain Picard in it. Captain Picard wasn't really horrible, but he couldn't save it no way no how. Brooklyn Academy of Music has a great theater that I wish I could have taken pictures of. I loved the inside of that theater. It reminded me of Vanya on 42nd St. or the catacombs at the end of Phantom of the Opera. But the charm of the theater couldn't save the play either. The curse of Macbeth lives on.
Posted by Sky Jack Morgan at 6:16 AM