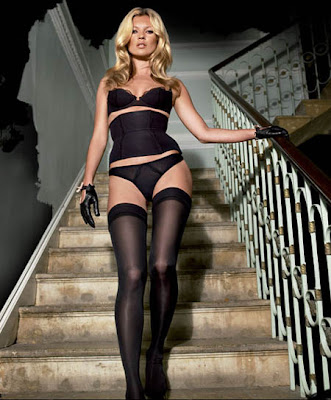 The only thing worse than a liar is a thief because a thief is the worst liar of all. Even if you are Kate Moss in lingerie, thieves occupy the lowest tier of humanity.
I was at the Marina, and some kid was there who had just moved to Berkeley. Someone told him that his bike would certainly be stolen unless he camouflaged it. Camouflaged here meant that he should spray paint it all over with the ugliest colors he can find and put duct tape on the seat so that no one would want to steal it. No one would want to ride it either. I found it rather sad that the kid can't have a nice bicycle for fear of it being stolen. His bike is now the ugliest bike I have ever seen.

I don't have many nice things, but I have a few, and I'm not really worried if someone steals them. I just don't get very attached to objects I guess. If my laptop went missing, I would be upset by losing what's on it, but the laptop itself is replaceable like most things.

I don't steal movies or music, but I understand why people do. I don't like watching movies online, and I would just rather pay for them through iTunes or something. I like the Wire on HBO, but I don't have HBO. I'd like to buy the new episodes on iTunes, but HBO is a stupid company sometimes. They won't let me buy the episodes. I turned to ALLUC and found most of the episodes with Chinese subtitles, and I watched a couple, but streaming video is kind of crappy and slow. I don't get how people will watch pirated shit online when it's so shitty. I won't watch something that's shitty.

I've been wanting to see Brotherhood on Showtime. Showtime is much smarter than it used to be. Not only is it putting money and talent into its original series, it's selling them through multiple sites. I like iTunes, et voila, Showtime gets my money and HBO doesn't. If you want to watch HBO without a television, you have to steal it. Luckily, I think that Brotherhood is a better show and tons better than the Sopranos, the show to which it is most often compared.

A couple nights ago someone tried to break into my house while I was there. I use very little light, so it's hard to tell when I'm home. I thought I was going to kill the guy. I nearly ran out the door after him as he fled. It is truly incredible how quickly you can go from "ho hum, reading a book late at night" to "I am going to tear your guts from your anus and eat them like an animal." And I am pretty anti-gun, and I try to be anti-violence, but I was thinking about buying a gun that whole night. I am putting alarms and locks on my windows today.

I've had lots of things stolen from me in my life. All sorts of things. I've also been sabotaged and stabbed in my back and cut at my knees, and I find that they are all quite similar to theft. It's hard to do nice things or have nice things while there are thieves about. Thieves make the world an ugly place. They make it uglier than all the other sinners combined.
Posted by Sky Jack Morgan at 8:44 AM

central-mp3.com
Personally I do not think they are that bad. Find the files you are looking for at central-mp3.com the most comprehensive source for free-to-try files downloads on the Web