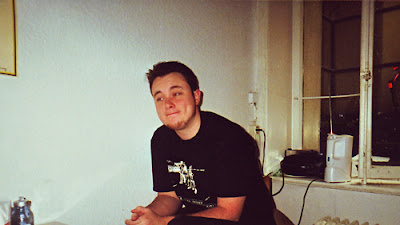 Lately, for some reason, I have been thinking about old things. I mean to say that I have been more keenly aware of my age than usual. Someone held my age against me a little while ago. I am hiking thirty. I am very nearly thirty. I don't often think about that.

So, I have been thinking of my history. I've been a lot of places and done a lot of things. I've seen a lot. People are always surprised. Read a lot, too. But none of that matters when it comes to your year count. I feel like there is a great deal more to do. There are many second chances I'd like to have. I feel like I haven't accomplished nearly enough. When you're counting years it feels like you've done a lot and almost nothing at the same time. It makes me think of how much time I have let.

I've never thought that I would live as long as the government says you should. And when ages are mentioned it reminds me of a crappy childhood , a series of failed attempts at love, a pervasive loneliness, and the fact that it's almost over.
Posted by Sky Jack Morgan at 3:07 PM