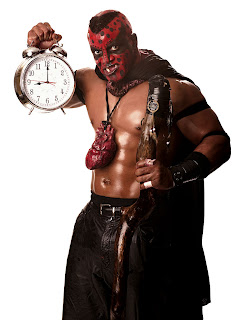 I don't know anything about wresting. I was mildly into it for about a year when I was ten or so. What's going on with this guy? How will he know when to give the smack down when his clock is obviously malfunctioning? What time is it? Nine? What is this guy going to do when it's nine? He's called the boogey man, so he's going to scare you around bedtime or something?

I find poetry in a lot of what other people like. Even football games, but Pro Wrestling?

I've always thought that wrestling is one of the most bizarre phenomena in the world. And it's everywhere! It's not just an American idiosyncrasy that you can dismiss as just another one of those things. It's all very weirdly racist and sexist and kind of self-loathingly homosexual and homophobic, and I don't understand the draw. I guess the spectacle of big people flying through the air and all the yelling? I kind of want to study it to find out what grown men think is cool about the Boogey Man and his ilk.
^^^^^^^^^^^^^^I^^^like^^^you^^
A lot of cool people were at the reading tonight. I didn't get there in time to see everyone, but the stuff I saw was good.

A girl named Della was there from Chicago. She told me the girls at Venom Literati say hi. Pretty awesome that someone from Chicago knows people in Chicago who I know but have never met. I'd like to go to Chicago and hang out and go to readings some day. MLA is in Chicago this year, and I have never been to it. I really want to go to that. . . hmmm.

People seemed to like what I read. I read a new cycle I have been working on called The Ways. People I didn't know were approaching me to tell me that it was good, and that's a good sign, methinks. How many people can just be being nice? Somebody famous was there that said something that hurt my feelings, but that's OK. But maybe she didn't mean to give me a horribly back-handed compliment. I am always begging for the benefit of the doubt, so I should give it to others freely, yes no?

I'm not afraid of famous poets. They have been around long enough to take whatever I say about them, but I am afraid of all their friends. There's a real gang mentality in the po-biz that I try to be wary of. I just feel like we should all be able to go to everyone's party, I guess. So I won't say who it was. But I was really happy about the way the reading went, and I feel like I kinda got smacked by someone much bigger than I am for no reason. 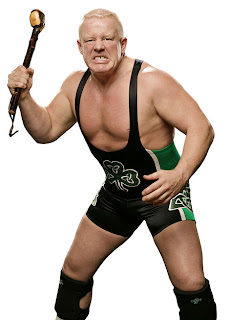