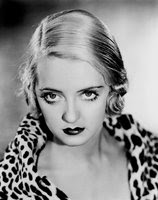 In this small town, Staunton, I could find only one book of poetry. It was a little chapbook of "songs without music." It admitted that its rhymes were broken, but it begged for the reader to excuse that and like the book nonetheless. I didn't.

I wonder lately if rhyming, metered verse is dead. Is it just much harder to do well? Every time I read something new written in verse, I cringe. It's unfailingly a failure. But I don't think that is the form's fault. I think that poets just don't spend years on honing that part of their brains from whence rhyme and meter come.

I think a lot about syllables in my poetry. I think a lot about meter. And sometimes I even rhyme. But I would be laughed out of the country if I tried to get something rhyming published. Imagine if I read something that rhymed to a room full of people who have come to expect anything except that. I mean, you don't know what to expect at a poetry reading, but you know you aren't going to get rhyming verse. If you do, it almost always sucks. I have seen a few people try and run a rhyme, but it always sucks.

I guess you go to Slam if you want rhymes. But Slam is different. What if someone came along as good as the best rhymsters of the romantics? Wouldn't that blow your mind?