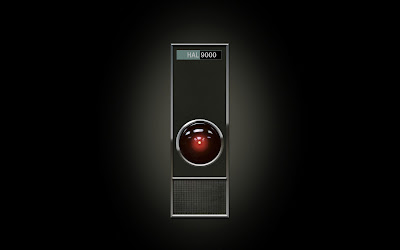 Last night I had a conversation with the smartest person I know. He thinks that my uneasiness regarding the idea of computers generating poems famounts to sentimentality. Maybe he's right. After all, cars are better now that robots make them, medicine is better with the help of robots, and no one complains about that. It's the product that matters. If an iPod could give you a good poem at the push of a button, what difference does it make that a human being isn't behind it?

Machines weave rugs. The machine-woven rugs are undeniably symmetrical. Some people like the perfectly symmetrical rugs. But I think most people like the tiny mistakes that one finds in asymmetry of the human-woven rug. No matter how good a rug-maker is, there will be inconsistencies in the fiber's color and the shape and pattern. Even if they are minuscule, our eyes pick them up. So mistakes make them good. Mistakes make poems good, too, I think. Especially older poems we still cherish, whose language has been helped with the evolution of our own.

And if a computer could mimic mistakes? Would that not yield the same effects? Yes. So why not let a computer write your poetry?

I might be sentimental.
Posted by Sky Jack Morgan at 10:58 AM