Murmuring about Art and Money 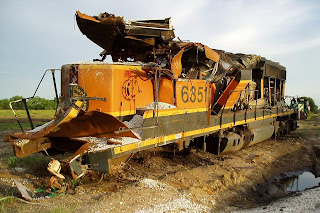 The Trainwreck had a meeting last night at Barclay's. Barclay's is a great bar because it has a remarkable, rotating selection of beers on tap and because they still serve beer in glass pitchers brought to you by waitresses who seem to actually care that you are there. This is all quite shocking around the bay, methinks.

I lost $13,000.00 last night because I am simply not able to convince people that I am intelligent. I had the chance to lie, but I didn't, and now I am wanting $13,000.00. It goes to show that people like lies better than anything else. I wish I were a liar. Chad Vogler is $13,000.00 richer; he didn't get it for lying. He was able to convince people that he was intelligent. At least one Trainwreck Union member will be able to participate in the prestigious Haas Scholars program. We seem to be in everything at the moment. It's hard to keep track of everyone's fancy awards and laurels and recognitions and all of that.

And I wasn't the one who cried at the bar last night altough I think I had the best reason to. The police issue, as a result of the actions taken by certain members of another poetry group, made someone cry last night. It is unfortunate how many people this touches.

It'll all be over soon, though. Just a few more days. 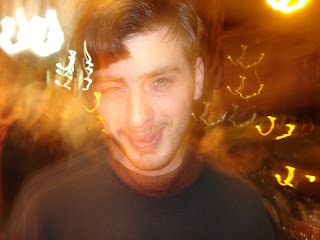 Art murmur was fun. We hit Mama Buzz and 21 Grand and Ego Park and all of the places one goes to during Art Murmur. There were the dances in the street, the poet on the sidewalk who typed with the furious speed of a 40's secretary. Sara Mumolo fronted cash for him to write me a poem about robots and academic failure. He wrote her one about trains and how they crash.

How we ended up back at the Grad or how I got home are mysteries that I don't need to solve because we are all safe and warm for the moment.
Posted by Sky Jack Morgan at 8:47 AM