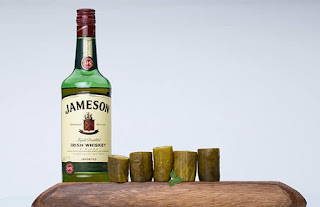 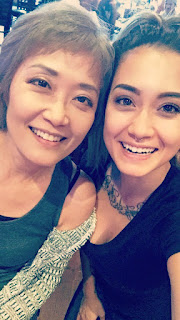 My mom and I may not have gotten along when I was younger, but boy do things change. After an exhausting December day filled with obligations, we decided to grab a drink.


I’d never done shots with my mom before, and she was long past her shot days, and I wasn’t taking no for an answer.

After all, “Jameson and good decisions” was my life motto.

I might be less than classy after six or seven shots, but I’m the best version of myself with a little Irish in me. So we were off to the Hermosa Saloon.

Little did I know that it would end with me giving this tiny woman a piggyback ride on our trek home.

Like everyone’s favorite party-harty man-whore, Jameson is everywhere —loved by many and despised by those he fucked over (the weak). And those people are easily coaxed back to Jame-o with a simple pickleback.

If you're going to be an asshole who orders a chaser, try pickle juice. The judgmental stare of a bartender seems to soften when you request a pickleback.

Though she was hesitant, my mom is a drinking champion. It was pretty impressive to watch a 5’3” 105 pound woman toss back shots the way she did. I finally knew where I got it from. One shot turned to two, two shots turned to three, and three shots turned into forcing the bartender to join in our fun.

Like most nights that end in mornings hunched over toilets regretting every life-choice ever
made, we’d had no intention of getting so wrecked.

Between the shots, we mended a once-broken relationship. Picklebacks helped.

Who knew that brine would cut the burn of alcohol and the past? A goddamned genius.

Legend has it an old lady with gold teeth walked into the Bushwick Country Club one night and asked for multiple shots and chasers of brine. The bartender liked it so much, he coined the term "pickleback" back in 2006.

Mostly people in NYC shot pickle brine behind Old Crow Bourbon. Salt changes the PH and seems to lessen the burn of ethanol. Alcohol burn whilst doing many shots can lead to sore throats and worse hangovers.

I like to think it's Las Vegas's obsession with Jameson Irish Whiskey is what propelled the pickleback to international notoriety.

I think my favorite chaser is a beer to be honest. If I've got something strong, I like to have a lighter beer behind it. In college, we did Fernet Branca and Amstel Lights like it was the best thing ever invented.