HERE'S WHERE I RUIN THAT ROLLING STONES SONG EVERYONE LIKES

I've always thought this was a sad song. The narrator describes himself as a man of wealth and taste. Then he gets to murdering Jesus, the Czar and his ministers, little Anastasia, everyone the Nazi's killed, countless armies via kings and queens, the Kennedy's, the poets on their way to Bombay, and then he threatens the listeners if they don't show him some courtesy and sympathy or aren't polite enough. 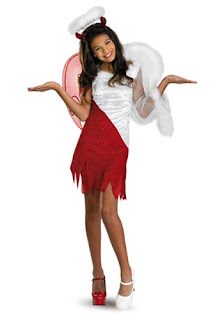 And my favorite part of this song is that Lucifer, in the middle of the song repeats his assertion that he's a man of wealth and taste. Sure, that works with the mechanics of a song—lots of songwriters do this to tether themselves to the beginning, or they liked the line so much they stuck it in as a hook, or they were just stuck and it got them out of a hole they'd dug. But what's great here is how much we know about this narrator. Satan comes with a lot of baggage. We already think we know all there is to know. So when he repeats himself, it's as if he's trying to convince himself after the litany of crimes we know  are evil.

But the next verse, he compares cops to criminals and saints to sinners, saying he's just one side of a coin. So, might as well call him by the name Lucifer, his pre-fall name, meaning bringer of light or morning star. Mick and Keith are really outdoing themselves here. They've obviously read some Milton and had some decent education. "I'm in need of some restraint" is his explanation as to why one should use Lucifer instead of the myriad monikers associated with this character. Knowing his name controls him to some degree, but it's also his slave name. That's the name we gave him as an angel before he rebelled.

Angels are bright still, though the brightest fell

That's one of my favorite quotes from Shakespeare, and I think the Stones are riffing it a little. Here Shakes uses his knowledge of the devil's name but doesn't say it. He acknowledges that the brightest angel named for bringing light is the one who fell from heaven. And even "though all things foul will bear the brows of grace... grace must still look so."

Lucifer has to think of himself the way he does because it helps him cope with his duty to use humans to accomplish horrible deeds. And why does he need sympathy? Because he never had a choice in the matter. God preordained all of it. The Lucifer had to fall in order to be the catalyst in the Fall of Man in order for God to give his only begotten son to humanity to sacrifice for their sin.

I remember arguing with Christians about John Milton's Paradise Lost in community college. You can't help but side with the devil. He's a tool of God for the salvation of man. His sacrifice is as important as Christ's, but he resents it. He understands his place and hates God and Man for it. What's more relate-able than that? What's more Christian than that story? Christ is worshiped for his selfless sacrifice. Doesn't Lucifer deserve at least a little sympathy for his reluctant sacrifice?

Lyric Genius has a good page about this song »

Have some sympathy, would ye?