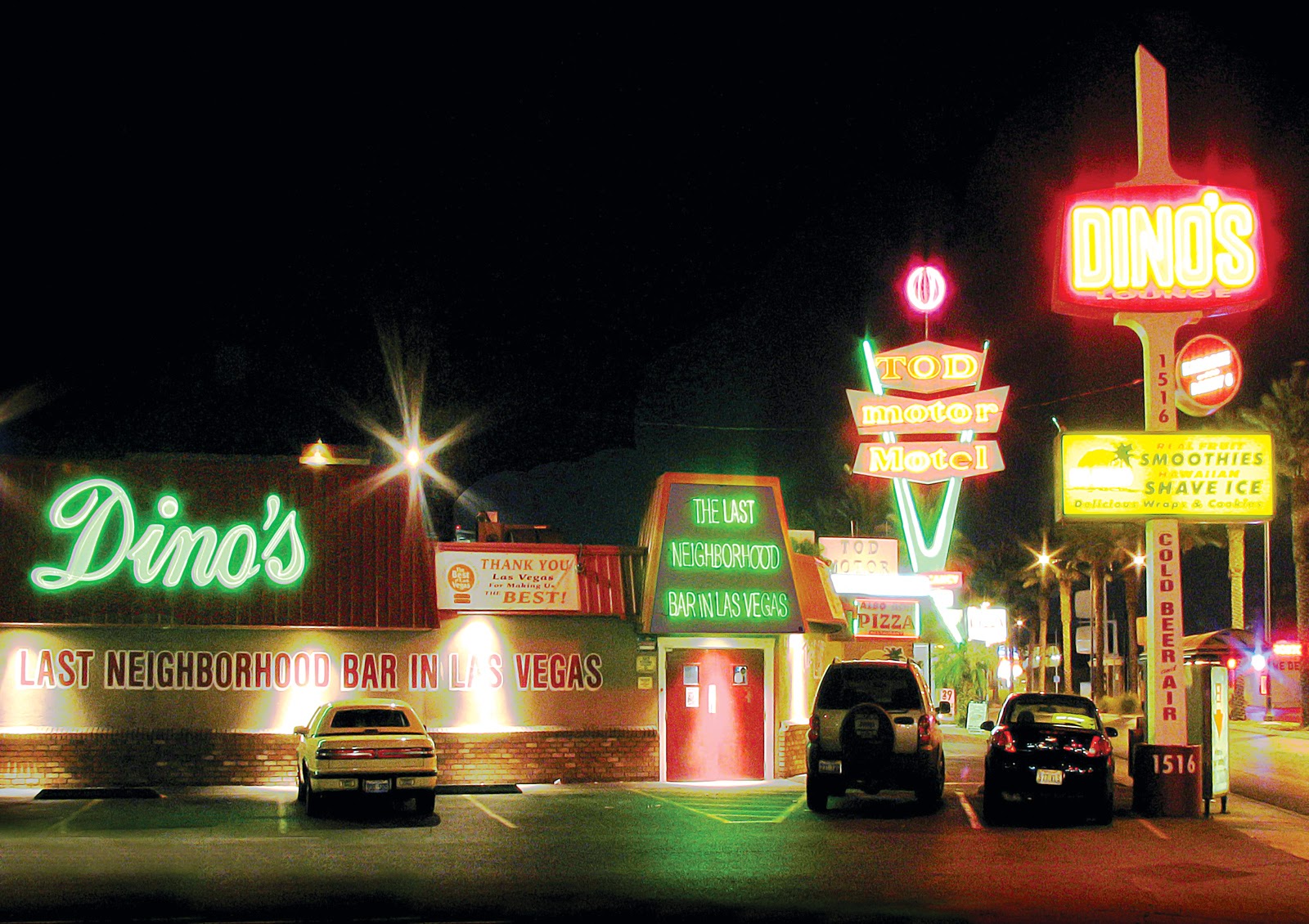 Some people think my life is fancy. It is pretty glamorous. But I also love 24-hour dive bars if they have character. I don't like going to some random shit hole, mind you, but if there's a place boasting character and history, I'm probably totally into it. Dino's is one of those places.

I rolled in there in a suit at 3;30 in the morning. It's across the street from a collection of seedy strip joints and sleazy motels that give the northern part of the Boulevard its reputation. Dino's parking lot is the kind of place where you shouldn't be surprised to find me dead one day.

Inside is everything you want out of a place claiming to be "THE LAST NEIGHBORHOOD BAR IN LAS VEGAS." From the spotty neon to the light-bulb-eyed taxidermy to the signs promising events, to the ceiling tiles painted by local artists, there's plenty for your eyes to drink. The only people in the bar were a couple who'd just moved here from Wyoming or something. They wanted to know how to get casino jobs. I told them to stay drug free.

The bartender told me his name was Ryder. I said bartender's choice, and he said Jame-o. This town's relationship with Jameson is zombie-like. I ended up doing some Jame-o shots with Ryder between Dry Manhattans. Turned out Ryder used to live with one of my cocktail servers. He's perfect at the job. He cares about his room and his customers and seems to know everyone in town. I don't know why he's on Grave, but I'm glad he is because at 5 AM, having a bartender like him is a good thing.

A lady comes in wearing a sexed up costume. She works at one of the sexy-waitress-PBR-slinging-rock-n-roll bars. She and Ryder declare their undying affection for one another.Everyone's happy to be alive in a world where the sun is a dying star. In a good bar, it's always 10 PM. At Dino's who gives a shit? It's dark and the world outside is a shambles.

Cops come in and ask for a guy. He's not in here; it's just Ryder and me who have dicks now. We all give each other looks because the cops being in the parking lot means we're staying for a couple more rounds. Ryder knows how to talk to them, and they're nice to him. They say there's a report of a girl getting dragged unwillingly into a car in the parking lot.The name they want came off a license plate check. The girls says she saw the car when she came in, but it's gone now.

I end up leaving at dawnish promising to return. I probably will soon. I like this place. This is my neighborhood. 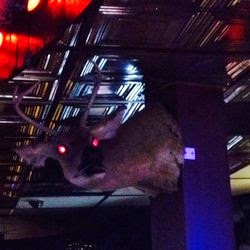