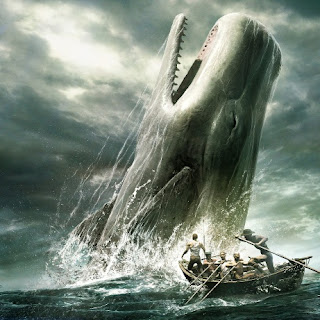 Ever since I moved to Staunton, there have been some people who think I talk down to them. I have never had this problem before moving to this town, and I am loath to think that it's a southern thing or that it's a Staunton thing. I have been trying to blame my self for this phenomenon. I get frustrated with certain people, and I think I have a reason. I need to learn to "just let go" and "just forget about it" more. Anyway, here's a typical conversation that gets me going and pushes my buttons and makes me crazy and sticks in my craw (you can change the topic to suit):

Random Person: Moby Dick is about Gays and Gay Rights and Gayness.
Jack Morgan: I've read several critics who think so, and I've sat up nights with scholars arguing about this book and about this issue, but I have to say that I disagree. You see, there's a part where Starbuck--
RP: Why are you talking about coffee, idiot? LOL
JM: Starbuck was the first mate on the Pequod
RP: I don't know or care what a Pequod is, but I know Melville was gay.
JM: Wait a second, have you even read the book? Why don't you go and read the book, and then maybe take a class on it and read some criticism, and then come back and talk with me about it.
RP: I know it's about gays.
JM: Are you just repeating shit you heard on a TV sit. com. or something?
RP: DON'T TALK DOWN TO ME. I HAVE A RIGHT TO MY OPINION.
JM: Yes, you are entitled to an opinion, but your opinion is invalidated by your ignorance on this particular topic.
RP: You're an asshole! You are DEROGATORY!

Then I get all bent out of shape and feel bad, and I lose friends.

This thing in Staunton about the noise ordinance is like this. I've talked with several business owners and venue owners; I've sat down with Julie Markowitz, the SDDA Director, and used her decibel gauge with her; I've talked with cops and council people about this; I've actually operated venues on two continents, and I've been harassed by cops for a 65db law in Staunton's New Town District. I didn't just hear some crap online and join a protest movement. I studied the topic, interviewed people, and deduced. Then I wrote a status on Facebook that said something like this: I wish people would get more involved in local politics so that we can start working on things that matter in this town rather than waste our time and energy on something that doesn't matter. A couple people got upset and said some things that weren't true or were uninformed. Then they said I was talking to them like children.

A child is someone who knows less than you do. You have to talk with them in a way that informs them. I'm not a parent, but I imagine it's a difficult task. It's difficult enough talking with uninformed adults.

But back to me and this being my fault.
I always feel like I'm stupid. I always ask a lot of questions. If I don't know something, I strive to find it out so that I don't feel dumb. It's a curse. I hate feeling stupid. My father called me stupid a lot when I was a kid, and I kind of blame him for my unhealthy intellectual curiosity. But then I meet people who want to argue with me about something I know a lot about, and they don't want to know about it, and they just want to argue. They don't want to ask questions or to find out what the deal is; they just want to oppose something. I'm unbelievably frustrated by this sort of thing. It pains me. And I shouldn't let it.

It's like, read a book on critical thinking, please. Write down your thoughts and try to organize them and surround an issue with them. Explore the issue. Ask questions about it.

And the answer is a shriek, or maybe it's a cry, or it could be only a wail.
Posted by Sky Jack Morgan at 8:47 AM

The same problem with the unhealthy curiosity, but I'm not quite sure if you can call it intelectual :)

I hear you man, I always get called arrogant and condescending when i'm not, there just isn't any way to talk to some people because of how ignorant they are.

Me-"I'm pretty sure its supposedly..."

Coworker-"GAWD YOU'RE SO ARROGANT AND RUDE YOU THINK YOU'RE SMARTER THAN EVERYONE ON THE PLANET DON'T YOU %$#$%$ YOU KNOW WHAT I MEANT."

It's upsetting because it's hard to get on a wavelength where you can have meaningful conversation about things. And I desire that very much. I want to talk with people about an issue in a way by which we walk away more fulfilled than we were before the discourse. Is that impossible to do when you're not coming from the same place or on the same level of education? I don't think it should be.

im sorry about all the dumb people /: theres more of us out here, keep looking <3

I don't think people are dumb. . . people are silos of information. When I sit down at a table, each person sitting there with me has within them a vast amount of experience and information that is not present in my own knowledge and experience base.

I do wish, however, that people would be more interested in one another and ask more questions instead of being tied up in their won rights top have opinions. I think this is a very American phenomenon, now that I think of it. I never had this problem in other countries. YMMV.