Some Political Shit for Politics Day if Anyone still Cares 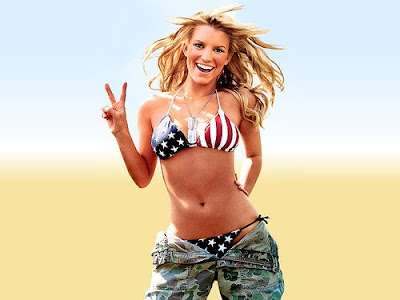 I have been trying to write a post, to write anything, but all I can think about is the political race.

If proposition 8 passes, a great deal of my faith in America and California will be lost forever.
I can't believe it's even on the ballot. Human beings have guaranteed equal rights in this country. Anything that threatens that is a hideous travesty of what we claim to still care about. I don't hate religion, but I will start if religious zealots win here.

And how many times do we have to vote down propositions about parental consent for abortions? Every two years, the religious freaks in our midst roll out another proposition about it. But here's the thing: Children need more protection from their parents--not more parental protection. There are a lot more bad parents than bad children. Parents can force their kids to go to their church, they can force them to go to the school they choose, and they can even force them to wear whatever shoes they want, but parents cannot and should never be permitted to have control over a child's body. Any ballot proposition that gives parents legal rights over their children's bodies is akin to legalizing molestation. It's disgusting. We don't let Christian scientists let their kids die because they don't believe in doctors, and Pentacostals like Sarah Palin might think the Holy Spirit will heal her when she's sick, but we won't let her keep Trig from getting the care he needs. Crazy ass parents don't get to harm their children and hide behind religion. Someone should write a proposition that forbids this proposition from ever seeing the light of day again.

The animal rights proposition on the California ballot is a no-brainer. If you insist on eating animals, you should also insist that their lives aren't horrific. Farms have become synonymous with animal cruelty. Just because you eat them does not mean they should be tortured. They say factory farming is important to our economy, and although I disagree, should not they be held to similar standards as other factories at least? I don't think this proposition comes anywhere close to what it needs to be, but it's a good start, and if California can set a nation-wide trend of humane killing conditions, that'd be pretty OK.

I voted a couple weeks ago. I voted for Obama. I think that the next two years will be very hard ones because the economy is seriously in the shit, and artists are often the first to die. Student loans and all of that fun stuff are about to really do a number on me, and there's just not much out there for a wordsmith with too much integrity write forclosure notices. I've also decided to balk the bosom of academia for at least two years if not more. There are just too many sycophants sliming around the halls, and I don't think I have it in me just yet to stomach them. Maybe in two years. And maybe in two years Obama will have gotten us out of this mess.

When the wars start ending, soldiers will be entering colleges. I think that's a very good thing.
Posted by Sky Jack Morgan at 8:07 PM