My Enemies are Cowards and Other Observations 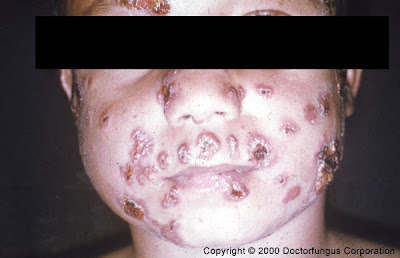 All of my enemies are cowards. If every person who claims to hate me bought my chapbook, I would be on the national best-sellers list. The problem is that the only people I've managed to piss off are sycophantic nobodies with no talent or real interest in art. I would buy their work in a heartbeat if only to speak with a shred of authority while badmouthing them. Fortunately, they will fade into obscurity, and I won't have to badmouth them or spend money on them. Really, though, I would buy their work if they actually produced anything(!!!). I would like to see if they are better than I am . . . like going to see what the other dojo is up to in kung-fu movies.

Now my chapbook is available at Rock Paper Scissors. If you haven't picked it up yet because you were afraid I'd find out it was you and laugh myself to death, now's your chance.
//////////////////////////
Speaking of sycophants, a blog recently went up and promptly went down by the person I used to call my best friend. Apparently he was above the Trainwreck Union the whole time he was in it and the whole time he was banning people (2) from it and the whole time he was destroying it in the end. He said we were all beginners and drunkards who he wished he had nothing to with. I wish he had come to this earlier; maybe we would still be having really cool readings and publications. If I were still doing the Switchyard, it would be out by now. Instead, my work on it was stolen for nothing. It was supposed to come out in May, by the way, but I don't think it will ever come out now. He was just the secretary anyway. We could have done without him from the beginning. He's gotten rid of his blog already. Why did he write it? Why take it down? A little bit of cowardice and sour grapes and buyer's remorse all wrapped together, I think. It all saddens me. But if he ever writes a book or ever does a reading, I'll be there. Maybe some day he'll actually produce something worth reading. Doubtful, but who knows? I'm sure he'll kiss enough ass to get something published, and I'll be the first one in line to buy it. I'll write about it right here. Can't wait.
+++++++++++++++++++
On a positive note, I found a blog I really like from a guy I met today.
Posted by Sky Jack Morgan at 6:13 PM

Yow. Maybe that anonymous poster slagging the TU on my blog was him?

Maybe, but I doubt it. He was one of the original members who did nothing but complain the whole time things were going, but he had a lot of power seeing as how we all trusted him with the passwords and whatnot.

It's all very unfortunate, but apparently he's happy it's over. That figures.

But you never know, Glenn.