What is the Peaky Blinders' Theme Song? 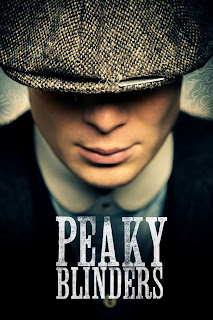 I'm probably one of very few people who had heard of the Peaky Blinders before the show came out. I'd heard the name before whilst studying gangs of London. And I thought they were an East End gang. Turns out I was wrong, but the name got me interested enough to check out a new gangster show. I don't like gangster shows very much. They make me hate cops and feel like the world is a meaner place than it actually is.

But when I turned on this show ready to dislike it, a song came on that sent me back to 1996. Back then the coolest show on TV was called the X-Files. My brother and I loved it so much we bought the CD: Songs in the Key of X. I was already very into music, and I knew every name on the track list but one: RED RIGHT HAND by Nick Cave and the Bad Seeds. 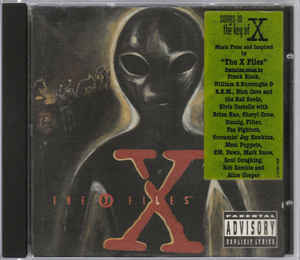 We were both immediately converted into life-long Nick Cave fans.

I even bought magazines that included free CD's compiled by Nick Cave. Nick Cave introduced me to PJ Harvey and Kylie Minogue and countless other artists. He's director, a musician, and artist; he's a renaissance man. And it was the X-Files that brought me to him. He even did the secret tracks on that album. It was a magical disc.

Anyway, I love the show; it's awful. It looks like someone watched Miller's Crossing and went nuts with blurry filters, so it looks beautiful. The writing is a kind of selective/convenient realism; people break bones and sweat and drool, but they also get shot with old-fashioned bullets and survive over and over again as if their shoulders are made of steel and the bullets are made of rubber. They can't decide what tone to take when it comes to victims of PTSD or the plight of the working class, London Jews, the IRA, and don't even get me started with women.

There are two sisters in the Shelby family that can't seem to develop into real characters.

Polly was the secret brains of the operation in the beginning of the series, who kept the business profitable when the men were at war. That doesn't last long. By the second season she's hysterical, over-emotional and given to fits of rage. The other sister is a convenient communist and a black sheep but is easily corralled and used by her brother.

There's a secret agent love interest named Grace, but she wears out her welcome by the end of the second season. But there's also a horse trainer who is all business and seems like a better match for the tone of the story. That might not last long either, though.

The show has some major issues. It's derivative to the extreme. One can't watch it without being reminded of its predecessors--shows like the Black Donnelly's, movies like the Godfather trilogy, the Road to Perdition, Gangs of New York, etc. But the performances of Sam Neil and Cillian Murphy and the ensemble cast of rogues keep it interesting. . . and like I said, it's a very pretty show to look at. It's kind of like Deadwood that way. So if you're looking for an English version of Deadwood with slightly more inventive stories, Peaky Blinders is for you.

They sew razor blades into their peaked caps and swing them like scythes at their enemies!

And you can't beat the theme song. It's so good they sneak in various artists' covers of the song wherever they can.

Beautiful people in violent situations make for great TV. Also, if you like the Pynchonian approach of putting a little-talked-about historical period or event under a magnifying glass in order to investigate a microcosm standing in to take your questions about human nature, what better time than 1919-1925?

The flappers are dancing, the music is loud, the cars are the fastest thing anyone had ever seen. And it's all made modern with contemporary tropes and a great all-around soundtrack.

It's fun seeing 1921 Bugatti's and Ford's and Aston's driving around old cities carrying their own cans of gasoline for long journeys. It's fun to hear "we've just arrived at Heathrow [by boat]; it's just one more day 'til we're in London." It's fun to see people drink every time they meet anyone and smoke and cough their way through a day. And it's always fun to see the villains more virtuous than the cops and the Corleone-esque desire to make a legitimate go of it in a society invested in the established hierarchy.

Anyway, check out the show if you want, but definitely check out Nick Cave and the Bad Seeds.