If you weren't excited about Black Panther, this album, dropping a week early will get you in the mood. If you were already excited, this thing will get you PUMPED!

The first time I listened to it, my first thought was, how did they get Disney to agree to this? I imagine most conversations between directors and their studios go something like this:

Director: Can I please just do what I want and maintain creative control over the whole product?
Studio: NO!!!!

Studios haven't trusted directors since the '70's. Every once in a while, you get an auteur who sticks to his guns, but attached to a tent pole franchise? I don't think I've seen that since Lucas was still in charge of Star Wars. And it it all reminds me of Robert Altman's McCabe and Mrs. Miller, where the director tapped Leonard Cohen for all the songs of the film and reinvented westerns. Tim Burton did it with Batman too, when he somehow got Prince to do all the songs and invented the modern comic book movie. It's seldom that directors squeak that much control out of a project, and when they do, it's awesome. 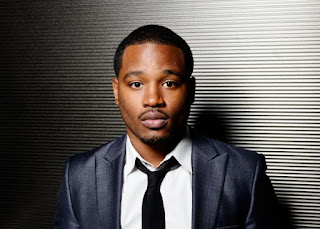 Ryan Coogler is an Oakland guy who made Fruitvale Station and Creed, both of which were fantastic. That's how he landed the gig, but how the hell did he get Disney to sign off on this soundtrack? I want to meet him just see what a smooth-talker he is. Shit. I want to be his best friend. I love this guy.

The stand out track for me is the second track: All the Stars.

I love a song that can be soulful and sad and happy and inspirational at the same time. They're rarer than diamonds.

I'm over the MCU, but I think this album might have won me back for now. I was a passing fan of the character, and I bought a bunch of the comics in the 90's. I hope it lives up to my memories of this cool icon.

Catch up with Black Panther: