I was on the Bulleit train from almost the beginning. I love their rye and their bourbon and drank them often, as I'm addicted to Manhattans for half the year, and I don't mind a Boulevardier when I'm feeling saucy. But now I've officially disembarked. 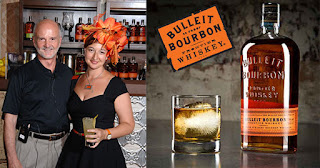 For better or worse, America went with capitalism, and the only way for that to work is for consumers to vote for the world they want with their dollars.

That's why I'll never go to a Hobby Lobby and why I haven't drunk a drop of Bulleit Bourbon for almost six months now.

The story goes that Tom Bulleit's daughter Hollis Bulleit made the brand the powerhouse it is through dogged ambassadorship but was pushed out when her sexual orientation became public. I guess it shouldn't surprise anyone that a Kentucky-based family's patriarch is a homophobe; homophobia and racism are rampant down south unfortunately. But I don't care that I'm not surprised, and I'm not going to support a brand that I know is anti-gay.

There are other great bourbons at the same price point anyway.

There's a Slate article about how family businesses are more susceptible to such problems. It makes me think of Marxist notions to abolish the family unit. I don't understand how people spend Thanksgiving and Christmas with racist/homophobic family members. If the world is going to be a better place tomorrow, eye-rolling isn't enough; pillory your grandparents if you have to. 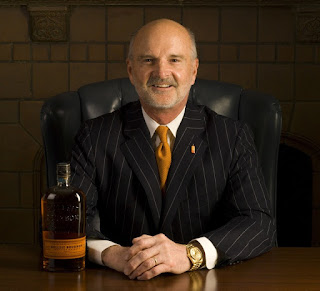 Diageo owns Bulleit and Johnnie Walker and countless other brands. As a consumer, it's hard to pillory Diageo. Remember when Dove was running ads about all women being beautiful while Axe was running ads about all women being sex toys? Unilever owns both brands and didn't care how anyone felt about that if you kept buying their products. That's just how branding works and why Diageo is so powerful (and also dangerous).

For now I'm drinking Buffalo Trace and Gentleman Jack, owned by Sazerac and Brown-Forman, respectively, both of whom have probably had similar issues in their histories. . . but what else am I supposed to do?


When I was living in Virginia, my ex-in-laws were horribly racist, sexist, and homophobic. The father of the family would proudly declare himself one from time to time. When his daughter was dating a black dude Big Daddy announced his intention to "tie him to the back of his truck and drive down a dirt road." When his daughter pointed out that her father had expected her brother to marry a Chinese girl, he proclaimed "I'm a racist and a sexist."

When you talk like that you deserve to lose your brand—you're a nazi. Nazi's, contrary to Trump's view, are the enemy because they threaten peace and hinder progress toward equality.

My ex-wife often sided with her parents. That drove a rift in our relationship. It was the thing we fought about the most, and it eventually tore apart our marriage. I thought I had to tolerate it until we had the chance to move far away from her ancestral home. But when that became a real possibility, it became clear she would never be out from under their influence. 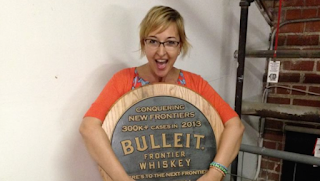