Will Iggy Destroy Hip Hop and All Art as We Know it?! 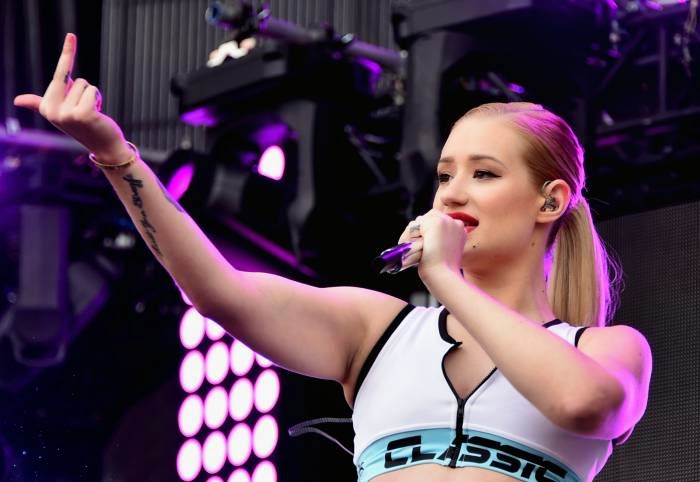 Iggy Azalea has been getting some stress from the likes of Q-Tip et al. There seems to be a weird idea floating out there that art is precious and fragile because it is a tool for social commentary and change. Well frankly, nothing can be further from the truth. The powerful thing about art as a game-changer is that it is resilient and poses as nothing more than entertainment. Art is an innocuous little novelty floating around our culture like an unmolested asp in Egyptian sands.

I understand why people like Q-Tip want to guard the genre as their own. White appropriation is as annoying as it is inevitable. And to want to keep something out of the hands of the hegemony is natural if you've been one of the most influential people in the genre for all of your adult life. And if you really love the art, you might want to study the history of that art. You might start to think that history is important in understanding the art. You might think understanding the art is important. But it isn't.

I wish I were less a student of art and more a passive bystander who said things like, "this is cool because it is." I'd love not to think critically about the things I love. Art does not ask you to think critically. Art does not require anything of you but to use your senses. It doesn't want to mean anything. It doesn't want to say anything. It certainly doesn't want to influence the way you feel about this or that issue. It is an artifact. The artist might have had delusions of art as a transcendent language that speaks to the soul. But the artist is dead. Art does not belong to the artist. It belongs to the audience.

That isn't to say that art doesn't sometimes do unexpected, interesting, revolutionary things. In fact, it is precisely because it is so useless every other time that it is so powerful a weapon in rare situations. But you can't expect everyone to desperately want to wield its fickle power. Sometimes its power is just to make people twerk. Not every artist requires a place in history or monuments to their contribution.

And if you think Iggy Azalea is the harbinger of the end of hip hop, if you think she's that influential, what a fragile thing hip hop must be. And if it's that fragile, it was never as powerful as you thought it was. We might see a time when hip hop needs a preservation society and grants to stay alive like that number our progenitors did on jazz. That's a quick way toward irrelevance. But I always thought it was too brazen, raw, and honest to fall.

Hip hop to me was a venting for the violent fantasies of those who felt held down. A white teenager can relate somehow to the frustrations of a black adult male who wants to say "fuck the man, I'm doing shit my own way." It was only a matter of time until people like me grew up on hip hop and started teaching their white kids it was a great art form. There was a whole episode of Friends about this. And when other cultures got  hold of it, what did you think was going to happen? Iggy is Australian, but you should take a look at German hip hop if you really want to rant about white appropriation. A white, english-speaking foreigner is now enjoying a world where hip hop and girls with big butts are acceptable and popular. Maybe she'll grow as an artist. Maybe she'll just shake her ass against Jennifer Lopez until we all tire of it.

But art. Art is nothing. It's a specter. You can't put it in a bottle and hope for it to thrive. You can't study it from every angle and claim more ownership. You can't protect it. It's playground sand. Build with it, throw it, eat it, cast it into the sky until the grains are stuck in the roots of your hair.
Posted by Sky Jack Morgan at 12:43 PM