Heavy Seas's Siren Noire is one of the best beers I've tried in a while. We opened a bottle at Downtown Wine & Gourmet in Harrisonburg, and before we had poured out half the thing, the case had sold out, and I needed to run two more cases to the shop the next day. It's incredible.

Imperial chocolate stout aged in bourbon barrels? Who wouldn't want a bottle of this? I mean, it's not horribly cheap, but it neither is a first class ticket on a jetliner, and at around $10 a bottle retail, just go for it.

I guess I should mention that this is a super-limited edition beverage, so if you see it out in your market, grab it right away because you seriously probably won't get the chance again. Siren Noire won't disappoint. 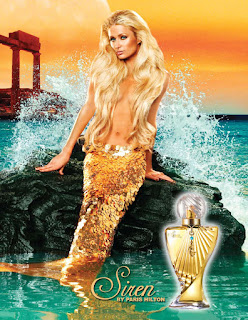 Sirens are mythical beauties who attract sailors with their mellifluous singing voices, luring them to ruin. Heavy Seas goes in for the nautical theme on the regular, and I like that because it reminds me of living near the ocean. When I was in Baltimore, visiting their brewery and ale house, it was evident that the trope is working for them. Everyone loves the taste of adventure, and most people love pirates and skulls and things of that nature.

To back all their cool imagery up with something of such a high quality imbues me with the belief that humanity is not a waste of time and that there are people out there who are working hard to make this life an awesome adventure.
Posted by Sky Jack Morgan at 8:09 AM