The Murder Bros. Played a Show on the 25th of December

I had the best Xmas I've had in years. I went to the residence of my parents-in-law. They don't appreciate how awesome I am. They have made very clear that I am not considered part of their family. But this time, I didn't have to stay overnight or have to stay late. I had a show to play with the Murder Bros.! And, the last hour I spent there was outside in watching the snow fall, smoking a cigar. It was great.

Then the show was fantastic. I'd like to make it a tradition. Every year on Christmas: Christmas with the Murder Bros.I think there are a lot of people who would rather be out doing something cool, starting their own traditions, rather than sitting around a house listening to Bing Crosby or watching the same movie a dozen times. 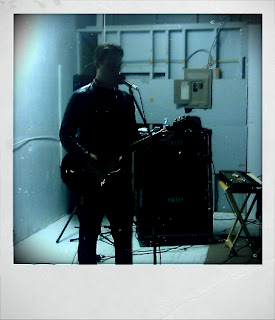 And we're playing at the Blue Nile in Harrisonburg on the 23rd of Jan!