So the law around here is this: if you get to a fire, two people have to stand outside of the burning building no matter what. This is a good law. People want to run into burning buildings, and firefighters have to keep them from doing so. If people come running out of the building, the firefighters outside have to give them first aid. And if there are firefighters inside, there needs to be someone outside who can observe the situation and communicate with the guys risking their lives in there.

As it stands, the trucks go out with two guys on them. Only one truck gets there, and there are only two guys! So they have a choice: follow the law and stand outside the building, letting everyone and everything inside perish; or say "to hell with the law" and do what they can at a much greater risk to themselves than is necessary or tolerable. I think we know, after 9/11 especially, what firefighters choose. These men and women put their lives on the line for all of us.

How should we thank them? 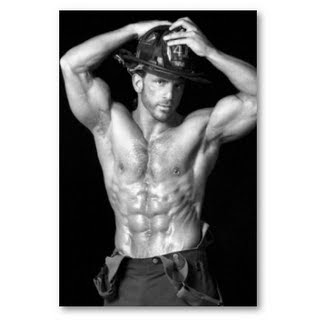 The fire department cannot afford to remain non-political. I'm not going to tell them what party they need to start endorsing, but maybe after two years of Dickie Bell voting against helping the families of fallen heroes, they'll figure it out for themselves. Two years is a long, tough time to learn that lesson.

Here's an article about Dickie's latest travesty of public service. It's a pretty conservative paper; bare that in mind.
I honestly wonder what kind of statement Dickie thinks it makes to claim that we don't have enough money to save lives while we have plenty of money for things like golf courses.
Posted by Sky Jack Morgan at 6:34 AM