following up: the last few readings 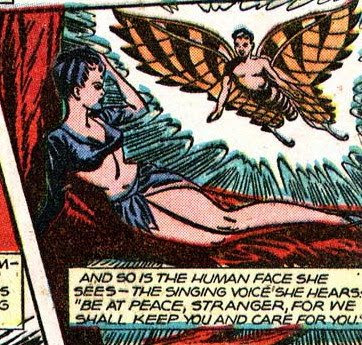 Last Thursday, I read with Sophie Sills at Adobe Books in San Francisco. It was a good reading, and many people came, and I got a book called Jane Fonda's Life in Pictures because I mentioned Barbarella in a couple of my poems. People I didn't know were giving me high fives after the reading.

On Friday, I got to introduce Ann Svilar, Chris Stroffolino, and C.S. Giscombe at Studio One Art Center in Oakland. It went over very well. I think that the reading series at Studio One is going to be awesome and only get awesomer as we go. Stroffolino had me dancing, Ann spun a good yarn, and Giscombe is always a pleasure (one of my favorites).

On Saturday I flew to LA, and that night I saw All's Well that Ends Well at the Old Globe in San Diego, which was marvelous.

On Sunday, I read at the Smell with Aaron Kunin, Stan Apps, and Sara Mumolo. I think that people liked Jack Morgan's poetry, but I was hoping to meet a new audience by coming to LA. It seemed like everyone there was someone Sara Mumolo invited, and I just thought that there would be more people there. If I lived in LA, I would go see Kunin and Apps read. I saw both of them read in Berkeley not so long ago, and I thought they were great, so what is going on in LA? Why isn't L.A. supporting its poets when they are so good? I suppose LA is a bop-dead city these days. I have always gotten the feeling in LA that there are many cool things going on without anyone knowing it. There are artists in LA living in the same building who don't even know each other. The Smell is a really great location, and the readers were all good, too, but no one knew about it I guess, so the turn out made it one of the smallest readings I have ever done, which isn't the worst things that could happen, but it made me a little sad. I really wanted to get to know the LA scene. I wanted to be introduced to new people. It was a really fun reading, though. Mark Wallace is going to read there next month. He is a good one; I like him. I think people who live in the area should make it out to see him.

I also went to Lost Souls Cafe. I'd been wanting to go there for a long time.

my mom told aaron kunin " I really liked your book; it was cool."

Hi - I co-curate the Smell reading series. Unfortunately it was a bad weekend. I was out of town, the other curator had his wedding anniversary, and there were a handful of other readings elswhere in town. Hope it didn't sour you. There actually is a lot going on here, more than there has been in forever it seems.

I was not soured at all. I loved reading at the Smell. I am just a little spoiled by the bay and how many people come to my readings there. So I was a little sad, but never sour. I really hope that I can read down south again soon.