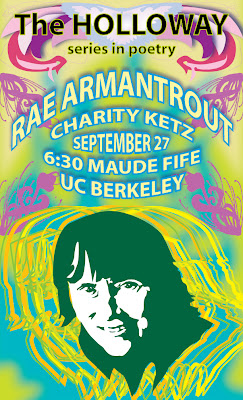 I was with some people some time ago.
I was talking about language poetry.
Some ass hole was saying that Rae Armantrout wasn't a language poet.
I don't really like classifications like that one, but I think she is called a language poet by most people in the know, and having read some of her poetry, if I had to classify it, I would call it language poetry. I didn't argue, which is the way I am when I am unsure. I thought the ass hole knew something I didn't, that maybe he was smarter than me in this.
He was very certain and very arrogant about it. I was very upset later about the way he started listing all the language poets and how he knew so much more than I did. I hate being made to feel stupid.
When I found out later that I was right and he was wrong, when I saw the way he is to other people I like, I got angry. I was just kind of sad that I let him make me feel dumb, but now I am pissed about it. Fuck that guy. I don't like him. I would pee on him. On his stupid spikey hair.
Posted by Sky Jack Morgan at 11:34 AM